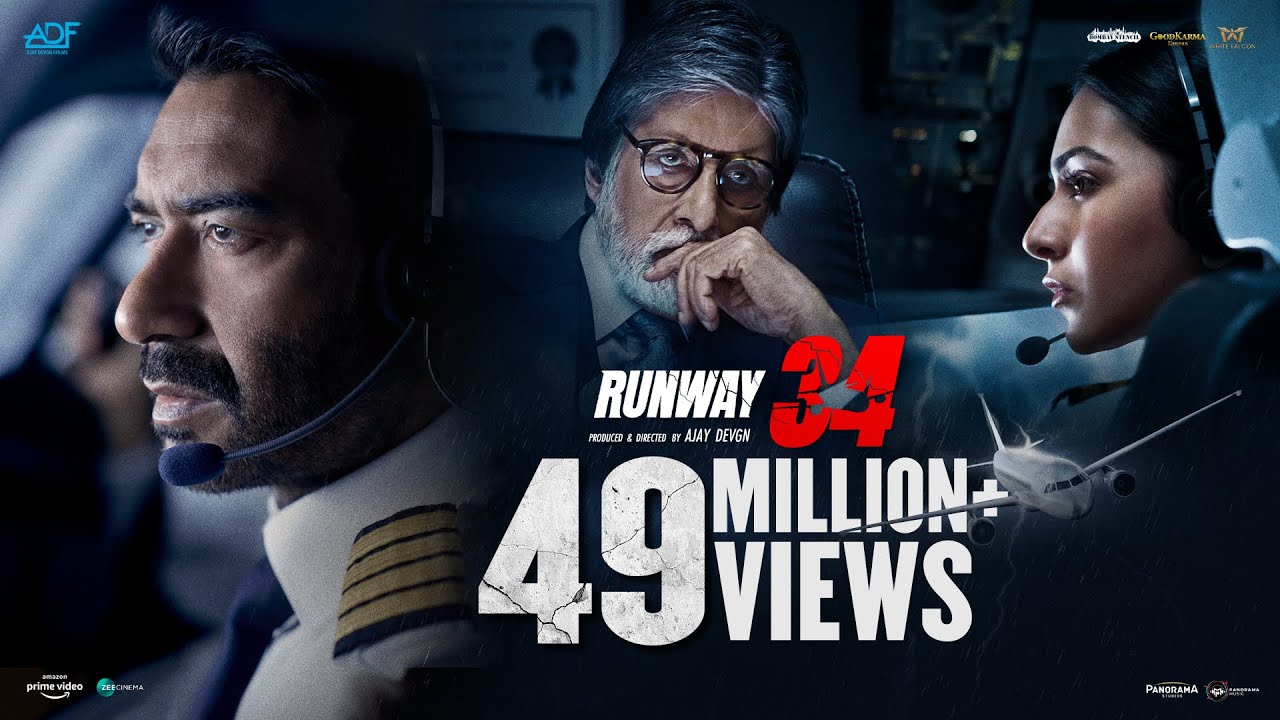 Runway 34 tells the turbulent tale of Captain Vikrant Khanna, played by Ajay Devgn, a flying prodigy whose flight takes a stirring and mysterious trajectory after take-off from an international destination. Consequently, it follows the tenacious Narayan Vedant, played by Amitabh Bachchan, in his pursuit to uncover the truth.