Atrangi Re Movie Review: ATRANGI RE addresses a pertinent topic, that is, mental health. 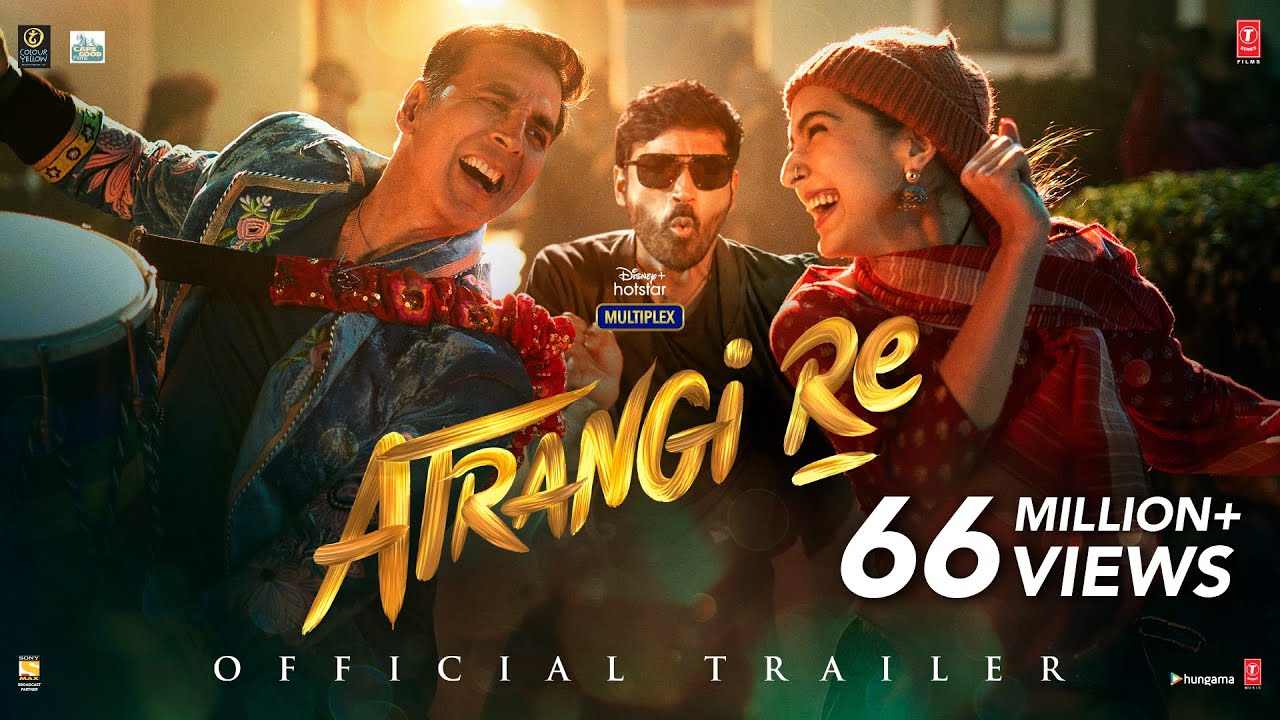 ATRANGI RE is the story of a girl in love with two men. Rinku Suryavanshi (Sara Ali Khan) resides in Siwan, Bihar with her extended family. The extended family killed Rinku’s parents when she was a child. Rinku is in love with a mysterious man named Sajjad (Akshay Kumar) and has eloped with him multiple times. After her latest failed elopement, her maternal grandmother (Seema Biswas) gets fed up with her. She tells her family to get her married with any man available, preferably someone from outside Bihar. Her family members spot Vishu (Dhanush) in their town. He’s a medical student who has come to Siwan for a camp. His marriage is already fixed with his girlfriend Mandakini aka Mandy (Dimple Hayati) and their engagement is just a few days away. Rinku’s family abducts him and forces him to get married to Rinku. The next day, they book a ticket for them on a train to Delhi. On the train, Vishu is in a daze over last night’s development. Rinku tells Vishu that she is in love with Sajjad and that she’ll depart with him once she reaches Delhi. Vishu is relieved to know that even for her, it’s a forced marriage. He reaches Delhi, where he studies. Rinku tells him that Sajjad has gone to Africa to study magic and that he’ll return in 10 days. Vishu has to leave for Madurai. So, he tells Rinku to stay put at his hostel till Sajjad returns. Or else, she can join him for his engagement in Madurai. Rinku accompanies him to Madurai where Vishu and Mandy get engaged. All is going well until Mandy chances upon the video of Vishu and Rinku’s wedding. What happens next forms the rest of the film.

A R Rahman’s music is soulful and one of the USPs of the film. ‘Rait Zara Si’ is like a theme of the film. ‘Chaka Chak’ is foot-tapping and the best of the lot. ‘Tere Rang’ and ‘Toofan Si Kudi’ spring a surprise and are well shot. ‘Tumhein Mohabbat Hai’, ‘Garda’ and ‘Little Little’ are not as impressive. A R Rahman’s background score is brilliant and it gives a nice touch to several scenes.

Pankaj Kumar’s cinematography is very good. One doesn’t expect out-of-the-box camerawork in a film of this genre but the lensman surprises. Nitin Zihani Choudhary’s production design is very appealing. Ankita Jha’s costumes are realistic. Manish Malhotra’s costumes for Sara Ali Khan can be trendsetting. Sham Kaushal’s action is passable. RedChillies.VFX’s VFX is rich. Hemal Kothari’s editing could have been tighter.

On the whole, ATRANGI RE rests on a very unconventional plot. But it addresses a pertinent topic, that is, mental health which is tackled with sensitivity. Also, the performances, the musical score and several well-executed scenes turn the film into a watchable fare.